During the 2018 Autumn General Assembly, which took place from 20-21 October 2018 in Malmö, Sweden, the members of the European Council of Optometry and Optics (ECOO) inaugurated Cindy Tromans as the new ECOO President. Cindy Tromans (United Kingdom), who is an optometrist from a family of optics manufacturers is succeeding Peter Gumpelmayer (Austria). During her inaugural speech she said to be looking forward to working with the newly elected Executive Committee over the next two years.

The ECOO members also elected Massimo Revelli (Italy) as their new President-elect and re-appointed Jesús García Poyatos (Spain) as Treasurer. Sylwia Kropacz-Sobkowiak (Poland) has been newly elected to the Executive Committee as the Chair of the Professional Services Committee and Per Michael Larsen (Danish Optometric Association, Denmark) was re-elected as chair of the Public Affairs and Economic Committee. Fabienne Eckert continues to be ECOO’s Secretary General. She was appointed during the Spring General Assembly, on 12 May 2018 in Pula, Croatia. 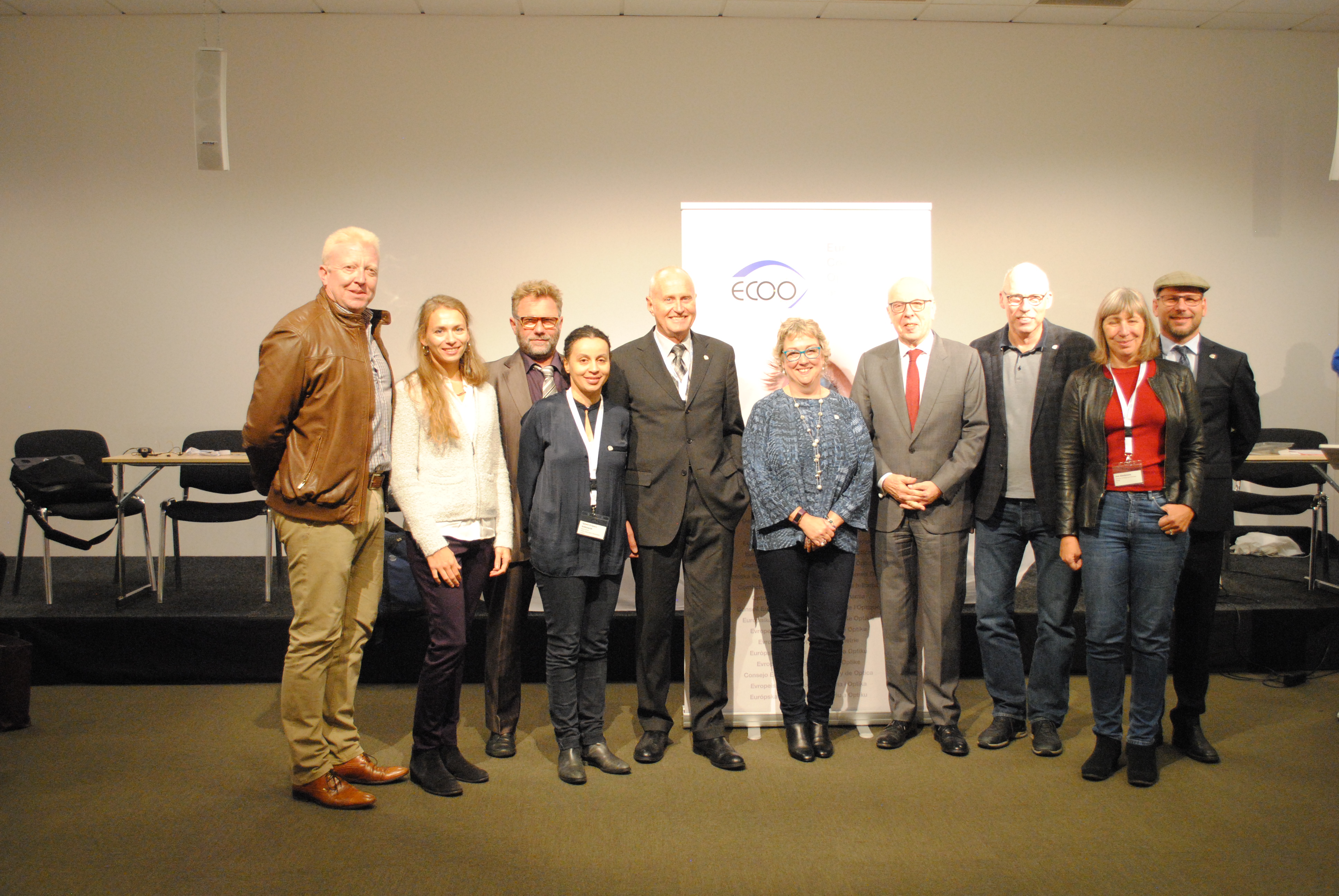